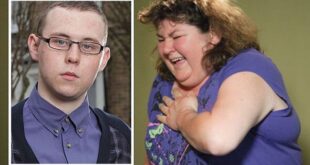 Emmerdale has aired another Dingle family row, as Chas and Paddy clash again.

Last week saw the family at large forgive Chas for cheating on her husband with Al Campbell, after she went on a charm offensive. This left Paddy feeling alone and isolated at the family gathering.

Tonight’s (January 25) episode saw Paddy struggling with feeling like his family members were turning their backs on him.

He tried to cheer himself up by spending time with his daughter Eve in the back room of the pub, but unfortunately, things got a bit out of hand.

Chas walked in and saw that Eve had drawn all over the walls, and that Paddy — dressed up in a wig, lipstick, and fairy lights — had let her.

“How can one tiny person cause so much mess in such a short time?” an angry Chas asked.

“You’ve very much lost control of the situation. We are not doing ‘hapless Paddy makes a big joke of every thing’. She needs boundaries and so do you.”

Will he be able to pull himself together and sort things out?

Elsewhere on tonight’s episode, David found out that Priya was planning to move away for a new job and take Amba with her.

Meanwhile, Bernice and Cathy had a heart-to-heart after the latter struggled with her heavy periods and ran home from school.

Emmerdale airs on weeknights at 7.30pm on ITV1, and streams on ITVX. 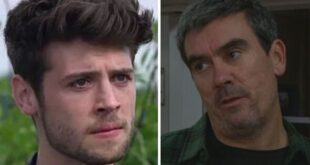 Emmerdale newcomer Caleb Miligan has ruffled a few feathers since he arrived in the village, …